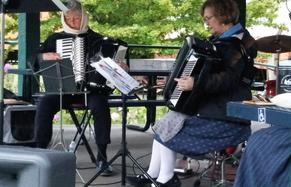 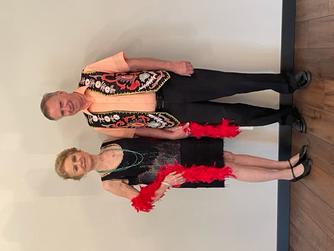 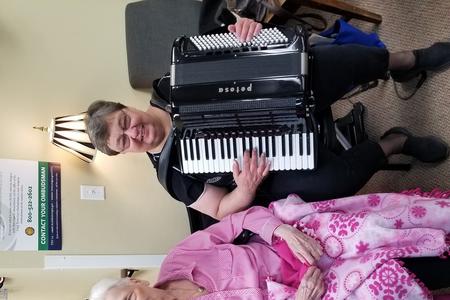 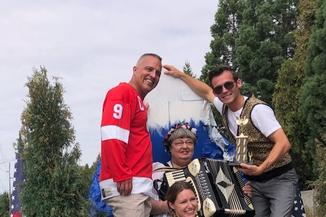 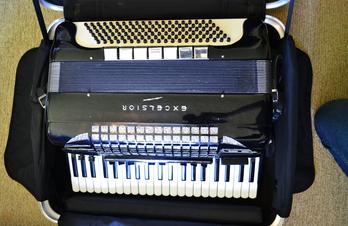 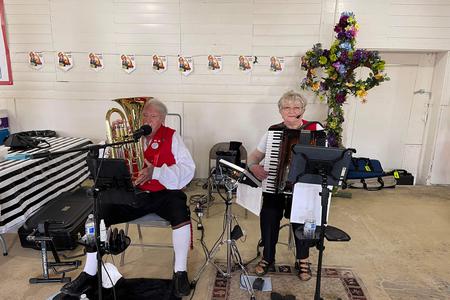 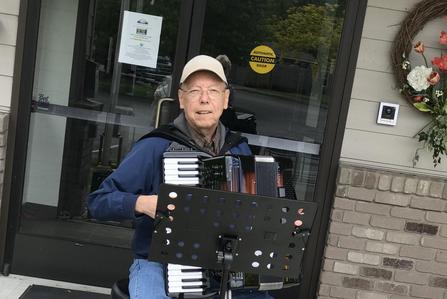 Group photo taken in February.  First time back together since 2020. 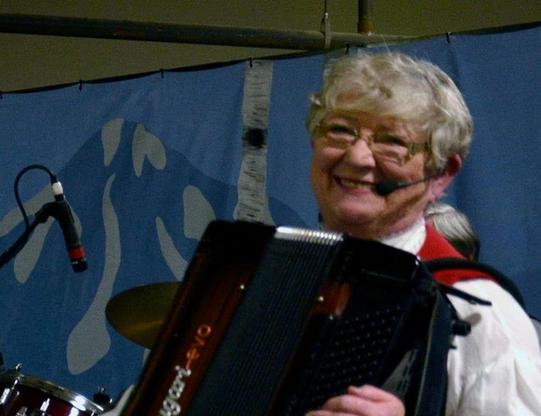 Brrrrr--Bobbie and Susan playing out for a March veterans event!

Corrine and Ken performed at the 55th Astoira Midsumer Festival from June 17-19.  It was Corrine's 42nd year of playing for this festival.  Next year Jeff Nelson plans to participate.  Any others who wish to join please let Corrine know.

One of Velma Conte's 3 accordions for sale.  Contact Fran Maddox if you are interested in other pictures.

Marlene Meissner playing "air accordion" on a float in the Keizerfest Parade on August 13.  They recreated a scene from "Ferris Bueller's Day Off". Pictures with Marlene are members of Edward Jones Company's office in Keizer, the float sponsor.  The float won a trophy for "Most Humorous".  This was their first award.  What fun! 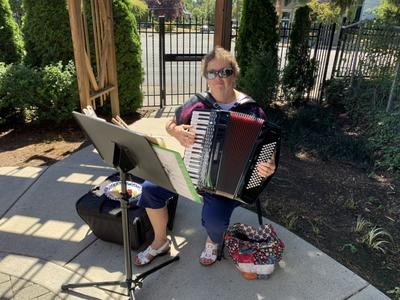 Mark and Helena Greathouse at one of their many performances.